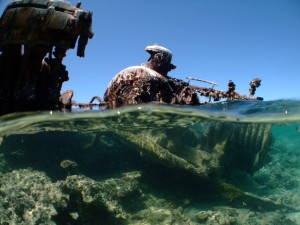 The landing of the schooner Maud in 1884 is the earliest recorded European activity in the area, although there are shipwrecks that have been discovered along the reef that pre-date this landing. In 1896 a town site reserve was gazetted, a 500 meter long loading jetty and supply store was also built at the location known as Maud’s Landing which soon became the main loading and supply depot for the many sheep stations being established in the region. However a town never eventuated. By the early 1950s the jetty was in need of major repairs and was seldom used as road transport was replacing shipping as a quicker and more reliable option. Eventually the jetty was dismantled and used in the rebuilding of the Norwegian Bay Whaling Station at Ningaloo Station approximately 80km to the north. 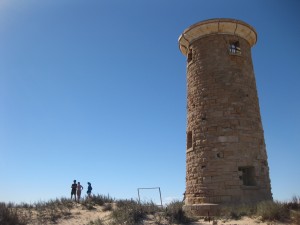 Bill’s Bay, 3km south of Maud’s Landing was becoming very popular with locals and adventurous travellers. In 1968 formal settlement began with the establishment of a hotel, caravan park and service station. The hotel was named “The Coral Bay Hotel” in reference to the abundance of beautiful corals in the bay, subsequently the settlement became known as “Coral Bay”.   Development of the settlement has been strictly controlled resulting in a very natural and unspoilt feel.  Kangaroos, emus and goannas are a common sight around town and only a few meters walk from your accommodation the amazing underwater wonderland of the Ningaloo Reef awaits you.

The great diversity of corals and marine life, near perfect weather all year round, crystal clear turquoise waters and brilliant white sand beaches has made Coral Bay a “MUST DO” destination for adventure travellers as well as those seeking a peaceful and relaxing getaway. 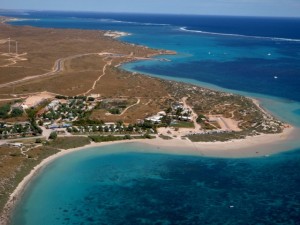 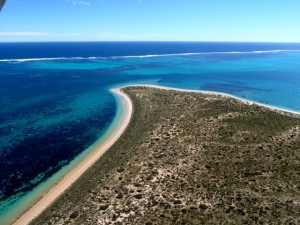 Point Maud leading up to Maud’s Landing, the site of the first gazetted township. 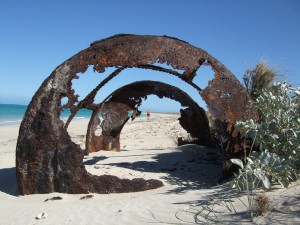 The remnants of the Norwegian Bay whaling station are one of things the crew and guests of Sail Ningaloo enjoy visiting the most. Not only does it give every one the chance to step foot on dry land and feel sand between their toes but it also reminds us of the history of the Ningaloo Reef area and helps us imagine what this remote environment would’ve been like almost a hundred years ago.

A Norwegian Whaling company operated steam powered whaling ships with harpoon guns and factory ships in the seasons 1912 to 1916 and the shore-based facility was established in 1915 featuring a 160ft (approx. 53m) jetty.

The Australian North-West whaling company purchased the station in1920 and operated 3 whale chasers, the Fynd, Fin (wrecked in 1923) and Frey. The Norwegian Bay Whaling Company leased the site and operations and operated four whale chasers until 1929.

The station was reopened in 1949 until it was closed in 1957 due to operations being centered around Babbage Island near Carnarvon. 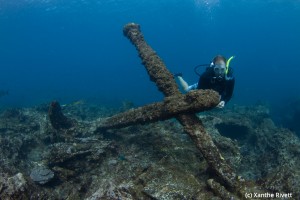 The whaling station at Norwegian Bay was the first modern shore station to be constructed in Western Australia, utilizing new forms of technology both for catching and processing the whales.

Between 1913 and 1916 they caught more than 4,000 whales making considerable profit from the whale oil and fertilizer they produced. Then again from 1936 foreign whalers operated off the North-West, killing 7,000 whales in three years.

The site occupied an area of approximately 4 hectares and included two jetties, slipways, flensing decks, steel digesters, oil storage tanks, water tanks, boilers, and various processing plants, maintenance facilities and workers’ quarters. A roadway lined with whale vertebrae formerly led from the whaling station southwards along the coast, but is now impassable due to dune encroachment.The sites of the former jetties and slipways can be determined from the numerous submerged and semi-submerged metal and wooden piles extending from the beach out into the sea.

A vast array of material lies scattered over the seabed including bottles, fuel drums, railway line, lead piping and other iron equipment. Numerous modern glass bottles (beer bottles, pickle jars, and bottles with Japanese script) have also been found on the seabed.

The remains of a sunken barge are also located close to the shoreline. Rusting remains of winches, cables and lengths of piping are scattered widely along the beach.

Prior to the construction of the access road the jetty provided the only link between the whale men and the outside world, and thinking about how remote the Ningaloo Reef is today simply boggles one’s mind as to how remote and different life would have been almost 100 years ago working as a whaler at the Norwegian Bay whaling station.

Sail Ningaloo and Shore Thing attempt to visit the whaling station on all our 5 day tours. We also enjoy snorkeling the near by wreck of Norwegian whaler the ‘Fin’ and sailing through the shallow sandy lagoons, always keeping an eye out for rays and turtles and what ever else might come out way.